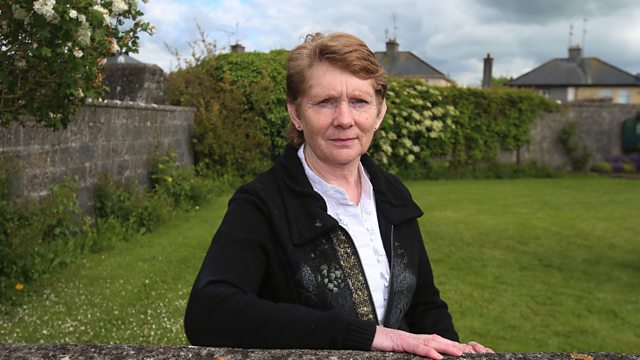 How amateur historian Catherine Corless exposed a national scandal in Ireland – the discovery of a children’s mass grave at a former mother and baby home.

Catherine Corless has always been interested in history. She’s from Tuam in the west of Ireland, and after her children had grown up, she enrolled in history classes. As a little girl, she had always been aware of the local Mother and Baby Home – a Catholic institution for unmarried mothers and their children. When she started digging, she couldn’t find much public information about the place, but then she unearthed a shocking statistic – almost 800 children had died in that home, but their bodies were missing. Catherine began tirelessly investigating. Her work would thrust her into the spotlight and expose a national scandal in Ireland.

John Tidmarsh was a much loved presenter of the programme and he passed away last week at the age of 90. John worked on Outlook for 30 years and he was even there when the show launched in July 1966. Over the years, John spoke to Hollywood filmstars like Audrey Hepburn, David Niven, Anthony Hopkins - and politicians - Ronald Reagan, Henry Kissenger, Margaret Thatcher and, before she became Pakistan's first female prime minister, Benazir Bhutto.

When Hussain Zaidi started his journalistic career, his home city of Mumbai was caught up in a vicious mafia war. The men who ran the gangs wielded huge power over business, smuggling and the entertainment industry. As they fought for dominance the body count rose. Hussain was a crime reporter and he wanted to get the whole story, and so he embarked on a high risk mission to track down and interview the most dangerous criminals in the city. Eventually, his work would lead him to the most famous don of them all, Dawood Ibrahim. His latest book is called Dawood's Mentor.

Why I wrote an apology to myself