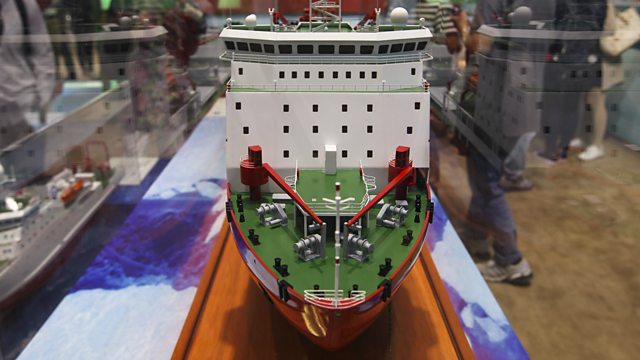 China is located nearly 3,000 kilometres from the Arctic Circle but it describes itself as a 'near Arctic State'. So, what are China's ambitions for the polar regions?

China is located nearly 3,000 kilometres from the Arctic Circle but that hasn't stopped it taking a keen interest in the region. Last year China described itself as a 'near Arctic State' and said that it plans to play a crucial role in the Arctic's future. The melting of the polar ice has made it possible to exploit the Arctic’s riches, from natural gas and oil to rare minerals, which are crucial for China’s growth. As leaders from the eight-nation Arctic Council travel to the northern Finnish city of Rovaniemi for talks next week, some people are asking whether Beijing is on a resource grab mission and it is not concerned about the environmental price of exploiting the Arctic. Others say that Chinese investments can be a lifeline for many Arctic communities who have been suffering from years of under investment. Celia Hatton and a panel of expert guests discuss China's race towards the Arctic and what it means for the rest of the world.

Sat 4 May 2019 03:06GMT
BBC World Service except Americas and the Caribbean & Australasia

Can nature be saved?

Rebecca Pincus - Assistant Professor at the US Naval War College