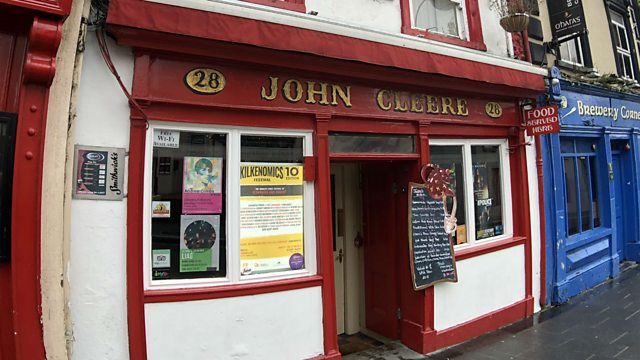 The EU has a new parliament, new leadership, but the same old problems. Can it survive?

The EU has a new parliament, new leadership, but the same old problems; Brexit, political populism and an economic slowdown. How will it stand up to the test?
In the Balance comes from the 'Kilkenomics' festival of economics and comedy in Ireland, in front of a live audience of festival-goers. Rory Cellan-Jones is joined by a panel of top Irish, European and American economists in Cleere's pub in Kilkenny, along with comedian Colm O’Regan who is reflecting on how small countries cope as part of a big bloc like the EU.
Guests: Matina Stevis-Gridneff, Brussels correspondent for the New York Times, David McWilliams academic and economist and co-founder of Kilkenomics, Bill Black, lawyer, author and associate professor of economics and law at the University of Missouri, Kansas City. And In the Balance regular contributor, comedian Colm O'Regan.