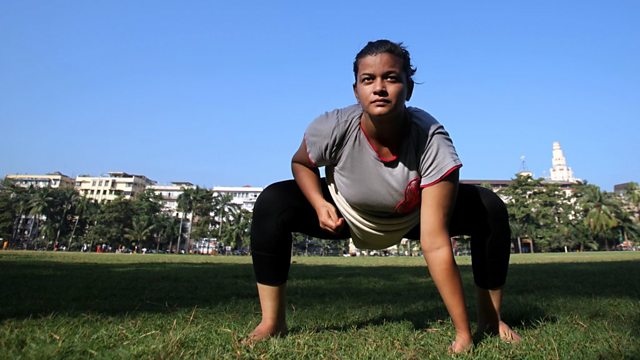 India has a poor record when it comes to the balance between the sexes. How can sportswomen there overcome the barriers to success? Devina Gupta and her guests in Delhi discuss.

India has a poor record when it comes to the balance between the sexes. Gender bias begins early in conservative families where girls may be denied education and forced into household work. Playing sport is one way of challenging these gender stereotypes. But it's a struggle. From social discrimination to equal pay, sportswomen say they have to fight prejudice at every step. It starts with questions on their choice of sport and the way they dress, and moves on to why they want to step out of the house to compete in a game for men. Devina Gupta's guests have answered these questions by demonstrating their prowess in their chosen sports. Devina is joined by Hetal Dave, India's first and only professional female sumo wrestler, known to her fans as Sumo Didi; Aishwarya Pissay, champion off-road racer; and Diskit Angmo, ice hockey player from Ladakh. They discuss with her how sportswomen can level the playing field and achieve professional equality with men.
This week's programme is produced in conjunction with the BBC's Work Life India.