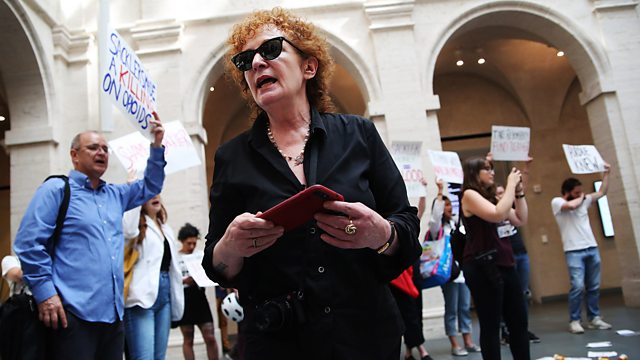 Who should decide which rich donors get to give their money to high profile arts or cultural institutions?

The sometimes murky business of philanthropy - giving away large sums of money - has become a hot topic, as some of the world's most high profile donors and institutions have become mired in controversy.The most obvious example has been over donations to the arts and culture organisations made by some members of the Sackler family. Some of the family wealth was founded on the US company Purdue Pharma, the maker of an opiod painkiller. But it is not just the Sackler riches that have come under attack - sponsorship of museums and art exhibitions by oil companies have also been criticised recently.

Ed Butler and guests discuss the ethics of giving. How should donors decide where to put their money and how do museums and arts organisations decide which money they should accept?

The digital cost of India's elections