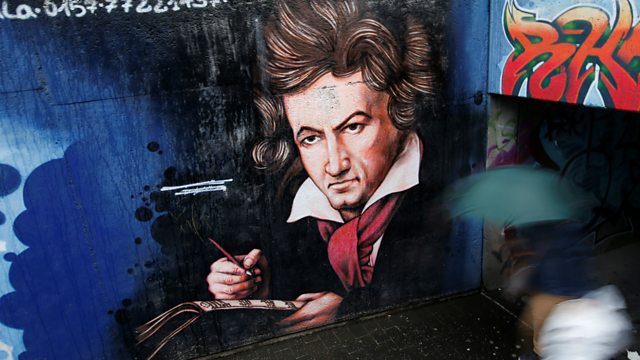 The business of Beethoven

2020 marks the 250th anniversary of Beethoven's birth. Clemency Burton-Hill looks at the little-known story of Beethoven the entrepreneur. Did he really invent the gig economy?

"Beethoven's arms were bigger than the piano," says concert pianist Stephen Hough at his Steinway. "I sense him pushing at every moment - as if he's in a cage saying 'Let me out'". To mark the 250th anniversary of the composer's birth in 2020, Clemency Burton-Hill looks at a little-known aspect of his life: Beethoven the entrepreneur.

In the company of some of the foremost Beethoven proponents - pianist Stephen Hough, violinists Anne-Sophie Mutter and Daniel Hope, and jazz trumpeter Wynton Marsalis - Clemency investigates how Beethoven pushed and cajoled music publishers, music printers and piano makers to turn convention on its head and create a music "industry". Could he even have invented the gig economy?