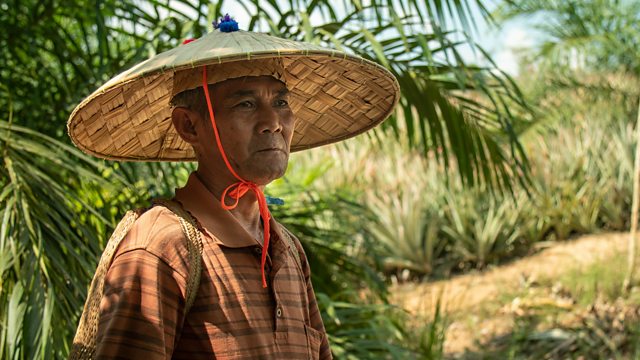 Indonesia’s capital Jakarta is sinking, so the government is planning to move to a new location including Borneo jungle. Rebecca Henschke asks how this will work.

Indonesia’s capital Jakarta is sinking, and struggling with traffic and pollution. The government’s solution? To build a new capital on the island of Borneo instead, better known for its jungles and orangutans. How will this work?

Former BBC Indonesia correspondent Rebecca Henschke travels to the proposed new capital site and meets families, environmental campaigners, and local indigenous people to find out how they feel about being included in the proposed new capital territory. Can the indigenous villagers carry on getting their medical remedies from the forest? Will an orangutan sanctuary survive? And do nearby businesses welcome or fear the future competition?
Rebecca also meets the family of an 11-year old girl who drowned in a disused mine pond that should have been cleaned up, but wasn’t, due to widespread impunity for mining companies. Will the government honour its promises about protecting the environment this time? Will the new capital really be a “forest city”, as the Minister of National Development Planning insists?

(Photo: One of the inhabitants of the East Kalimanta region in Borneo, where Indonesia's new capital city will be located Credit: Yudistira Tribudiman)

Hydrogen: The answer to Climate Change?

The business of Beethoven