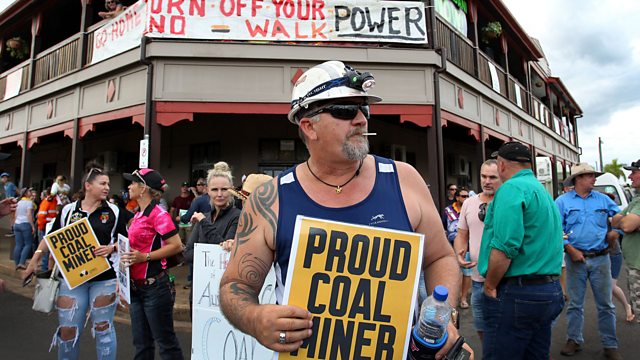 Australia is stubbornly sticking to providing much of its power through coal. While many countries around the world are eschewing fossil fuels, (because of their environmental impact), the Australian government continues to give the all-clear to new coal mines, including one called the Carmichael mine. It’s being constructed by the Indian company, Adani. Much of the coal it produces will be exported to Asia. The mine was an issue in the country’s 2019 general election, and has been the site of many protests. Heidi Pett has visited the area in Queensland where the mine is being built – speaking to locals who’re on both sides of the heated debate about Australia and its continuing reliance on coal.

Hydrogen: The answer to Climate Change?