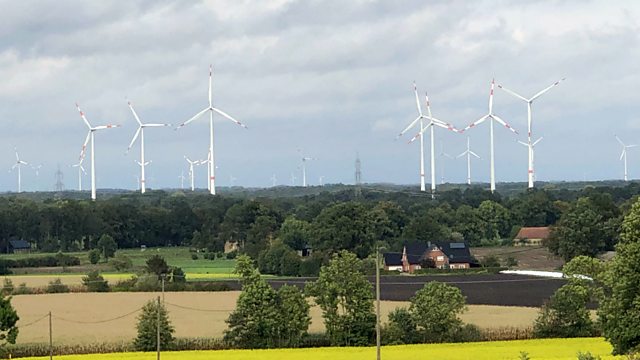 Germany has long been considered a leader in renewable energy – a model even for others to follow with its subsidies for wind and solar. Householders were encouraged to put solar panels on their rooves as early as two decades ago. But its so-called “Energiewende” or “energy transition” from fossil fuels to renewables is facing challenges and the country still relies on coal for 30 per cent of electricity generation. That will be phased out within the next eighteen years and nuclear energy will end too by 2022, leading to fears within industry about adequate energy capacity. Meanwhile the German government has admitted that it won’t meet its climate emissions targets for 2020. Caroline Bayley has been to the industrial Ruhr region to an enormous open cast mine, as well as to Steinfurt, a rural area where they’re pushing community renewable energy schemes and to the former coal town of Bottrop which is undergoing its own energy transition