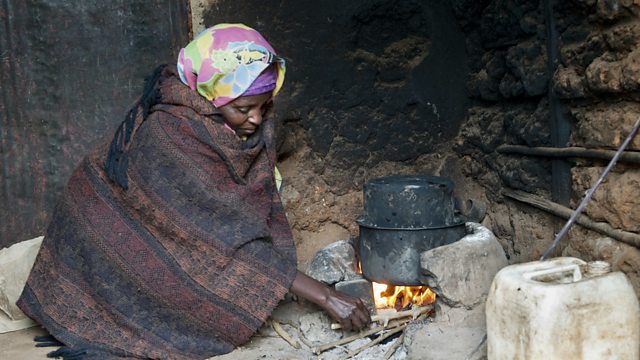 Millions of women in Rwanda cook over wooden fires, sitting in smoky conditions which damage their health. We meet the companies trying to create a safer cooking environment.

More than seventy percent of households in Rwanda cook over wooden and charcoal fires. This means women often sit for hours every day in smoky conditions which can damage their health, increasing the risk of respiratory infections, heart disease, strokes and lung cancer. These traditional cooking methods are also the cause of widespread deforestation.

The Rwandan government is aiming to halve the number of people using these cooking fuels in the next six years. They're investing in infrastructure and offering tax incentives to try and support businesses to entice customers to other products which could give them a cleaner and safer way to cook.

In other countries who’ve made this move though, changing from traditional stoves to modern clean cooking took the best part of a century - can that really be achieved here in just six years?