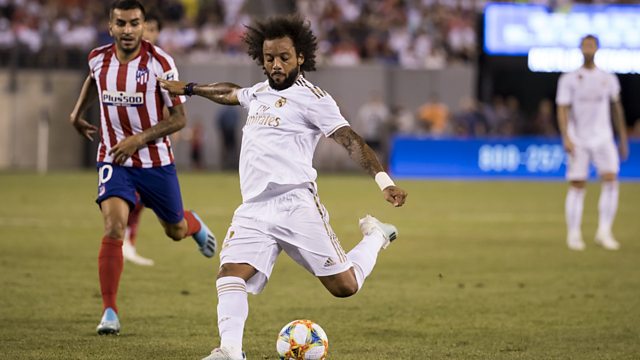 Ed Butler looks at the plan by Javier Tebas, president of La Liga, to take the top-flight Spanish football league international. It includes an as yet unsuccessful attempt to stage a regular football fixture in the USA. Dan Jones, head of the sports business group at Deloitte, says Tebas is correct to see great opportunities, but Spanish sports journalist Alvaro Romeo explains why he's run into so much resistance.

Tebas can look to the success of the UK's Premier League in internationalising its brand, or indeed America's National Football League. But has the NFL actually made any profit from its long-running campaign to build a fan-base in the UK? Ed speaks to the their UK director Alistair Kirkwood.