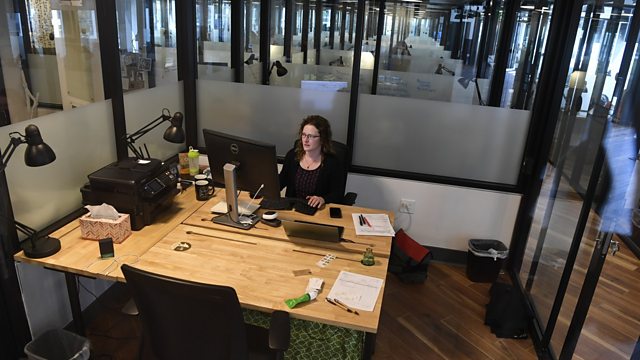 The hipster company that wants to save the world

Is WeWork an exciting new tech firm with lofty ideals worth $47bn, or is it just an over-priced office rental business?

Is WeWork an exciting new tech firm with lofty ideals worth $47bn, or is it just an over-priced office rental business?

Manuela Saragosa speaks to two sceptics. Rett Wallace of investment advisory firm Triton says the prospectus for WeWork's forthcoming stock market flotation is long on aspirational zen, but rather short on hard financial details. Meanwhile Vijay Govindarajan, business strategy professor at Dartmouth College, is unimpressed by the company's attempt to brand itself as a tech firm.

But plenty of WeWork's tenants are convinced of the value of the service they provide, among them Matt Hubert of software engineers Bitmatica, although he wishes his landlord would cut some of the philosophical waffle and focus on what they are good at.