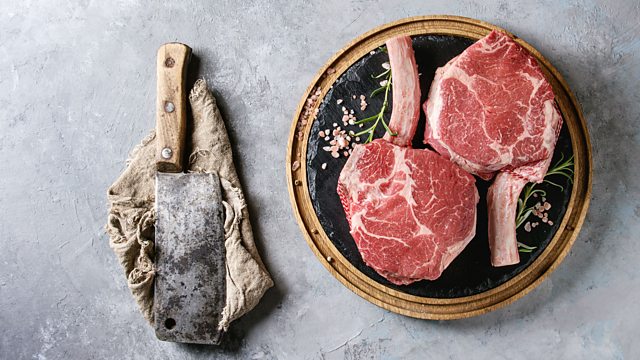 Can our planet afford meat?

The battle between the world's biggest meat producers could be exhausting the earth - all to feed an increasingly beef-hungry world.

A battle between the US and Latin American producers has ensued, to feed an increasingly beef-hungry world – mostly people in Asia. We assess who is dominating the meat market – and if our planet can afford to keep the herds grazing. Author of 'Red Meat Republic', Joshua Specht, tells us why the meat production line impressed industrialists and the middle classes - which helped the industry grown exponentially. And we speak to charity Friends of the Earth to hear how younger people relate - or don't - to eating meat, and the pattern of change in appetites.

When a work colleague dies

A lesson in pioneering education