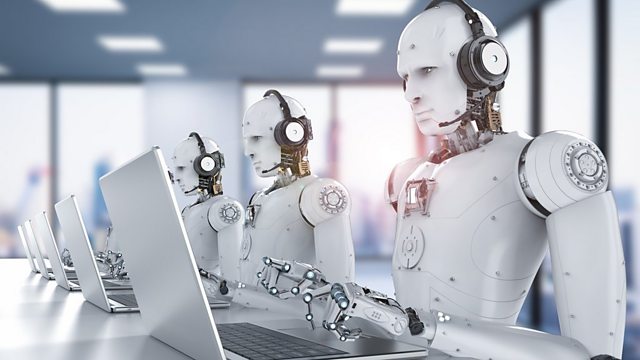 Is it time to tax robots?

With ever more jobs at risk of automation, should the automatons be taxed the same as humans?

With ever more jobs at risk of automation, should the automatons be taxed the same as humans?

Ed Butler speaks to Dr Carl Frey of the Oxford Martin School, who co-authored a report five years ago claiming that almost half of US jobs could made redundant by emerging technology in the next 30 years. His new book, The Technology Trap, looks to the history of the Industrial Revolution as a guide to current developments. He worries that millions of workers could soon find their careers devastated, while the ultimate benefits of technology may only felt decades in the future.

It is perhaps then not surprising that many politicians, academics and businessmen - including Microsoft founder Bill Gates - now advocate a tax on automation to level the playing field with humans. We pit an advocate of such a tax - Ryan Abbott of the University of Surrey - against critic Janet Bastiman, chief scientist at StoryStream, which provides AI services to the automotive sector.

The cost of farmed Atlantic salmon