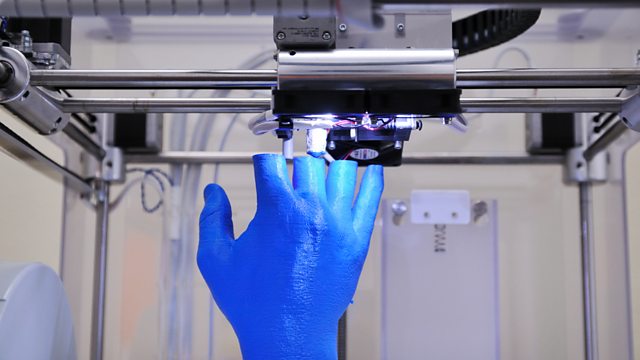 Has 3D printing met the hype?

Are we any closer to the new industrial revolution promised a few years ago?

A few years back 3D printing was seen as the ground-breaking technology that promised a new industrial revolution. The revolution has not arrived yet. So, were we sold a lie? Or did the hype just get the better of us?
Ed Butler talks to Sarah Boisvert, a co-founder at Potomac Photonics, a micro-fabrication company in the US. She explains why the buzz about 3D printing, invented back in 1980, really started to take off only some five or six years ago. She says that the 3D revolution is not untrue, it's just that the hype around it kicked in a little too soon.
Ed also visits a start up called Climate Edge which manufactures meteorological equipment and supplies weather data for farmers in Africa. And without printers like this one, its lead designer Gabriel Bruckner says, it probably wouldn't exist.
The US research and advisory firm, Gartner has coined the term "The Hype Cycle", describing a five-stage process around any new technology, which invariably seems to involve disillusionment before ultimate widescale adoption. Pete Basiliere of Gartner believes 3D printing is a classic case in point, with only a few industries taking it up.

Are stock buybacks a corporate scam?