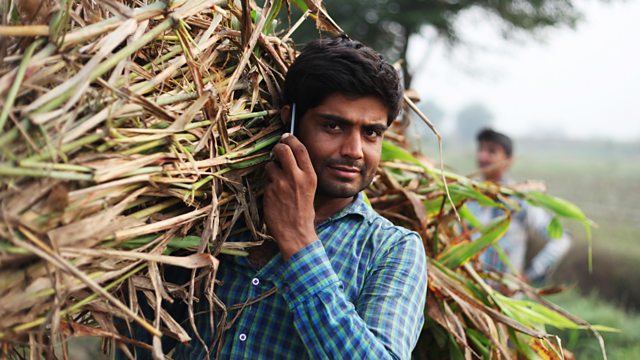 Mobile phones can give key advice to improve the yields of millions of poorer farmers around the world. Michael Kremer, a 2019 Economics Nobel Prize winner tells us more.

Mobile phones are improving lives and yields for millions of farmers around the world. Michael Kremer, a 2019 Economics Nobel Prize winner developed Precision Agriculture for Development (PAD) to give farmers in developing countries advice on how to improve their yields. He and Owen Barder, CEO of PAD, tell Digital Planet how it works.

To reduce failures on surveillance or delivery missions, drones need to be monitored effectively. Karen Willcox at the Oden Institute of the University of Texas in Austin explains how her team has found a way to send back real time data using sensors that create a digital twin of the drone, which can show where fatigue and stress may cause damage during the flight.

Racist and sexist biases within algorithms are causing concern, especially considering they are making many decisions in our lives. Noel Sharkey, Professor of Robotics and AI at the University of Sheffield in the UK, and he thinks it’s time to halt this decision making until it can be properly regulated, or it will have major, real-life effects on all of us.