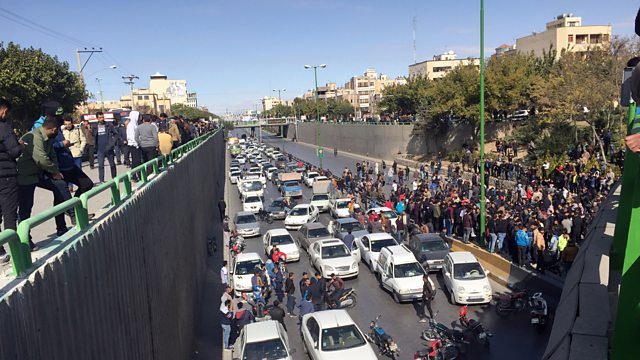 Iran internet shutdown
Iran is now almost entirely offline as authorities try to stem the spread of protests that started last week. The government increased fuel prices by as much as 300% and since people took to the streets online access has been restricted. We find out the latest from online monitoring group NetBlocks.

US Election emails unsafe
Agari was the company that uncovered and confirmed that the webserver the email that ‘hacked’ Hilary Clinton’s campaign came from Russia. They have now conducted a poll and found that only Elizabeth Warren out of all the potential presidential candidates has secure emails. This matters not only from a data security point of view but also from a voter and donor point – the company has found that voters are less likely to vote for a candidate with a data breach and that donors are less likely to give money.

Hate speech control using tech
Hate speech that incites violence or hate against vulnerable groups has long been a problem in human societies but has more recently been weaponised by social media. The current system means the direct or indirect recipient needs to complain. The alternative approach is to develop artificial intelligence to identify potential hate speech and put the post in quarantine until either the direct recipient has agreed it should be deleted or has read it and agreed it should be allowed.

Cargo Ship tech
Our reporter Snezana Curcic has travelled across the North Atlantic Ocean in a bit of an unusual and adventurous way – on a cargo ship. With only eight hours of Wi-Fi allowance per week, Snezana filed this story on her journey from Liverpool to New York on the Atlantic Star. She looks at the tech on board and how this hugely competitive and complex industry is adapting to the digital age to survive. Even e-commerce leaders, like Ali Baba and Amazon, are heavily investing in ocean cargo services and stepping up their game.