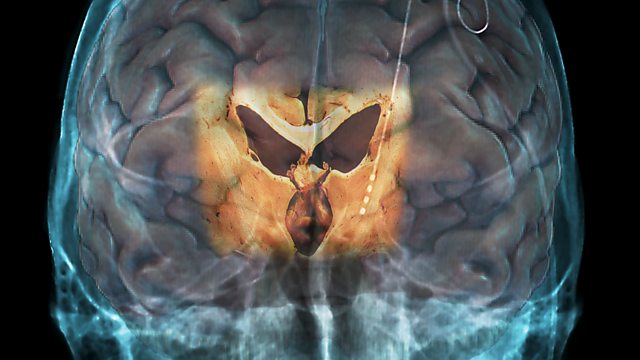 Brain implant regulation calls. Also biometric legislation where are we now? Brazilian privatisation and data use and a new type of low energy computer memory.

iHuman: Blurring lines between mind and machine
One of the UK’s top scientific institutions is calling for investigations into brain implants as brain-reading technology advances. Tech entrepreneurs like Elon Musk and Mark Zuckerberg have outlined their visions of brain tech, but in reality hundreds of people with neurological conditions are already benefitting from implants positioned in their brains. But how can this be regulated and developed? The UK’s Royal Society has just published their report “iHuman: Blurring lines between mind and machine”. Professor Tim Denison of the Oxford Institute of Biomedical Engineering is one of the authors and joins us in the studio.

Biometric legislation – is it keeping up with new developments?
Would you want your child’s school attendance registered using facial recognition software? That was a step too far for Swedish regulators, who recently fined a high school $20, 000 for doing just that. Despite a few token control measures there seems to be very little regulation in this field. The UK Biometrics Commissioner Professor Paul Wiles explains his concerns.

Privatisation of national assets – what happens to your data?
In Brazil, President Bolsonaro is in the midst of a $300bn dollar privatisation drive including selling off the post and tax offices. These organisations hold huge amounts of people’s personal data and as tech reporter Angelica Mari explains it’s not clear what will happen to the personal information of millions of citizens once privatisation happens.

Computer memory power save
According to UK researchers our ever increasing creation and storing of data will consume a fifth of the world’s energy by 2025. Scientists at the University of Lancaster may have come up with a way of reducing energy use in computer memory. Reporter Hannah fisher has been finding out more.

The latest in disability tech