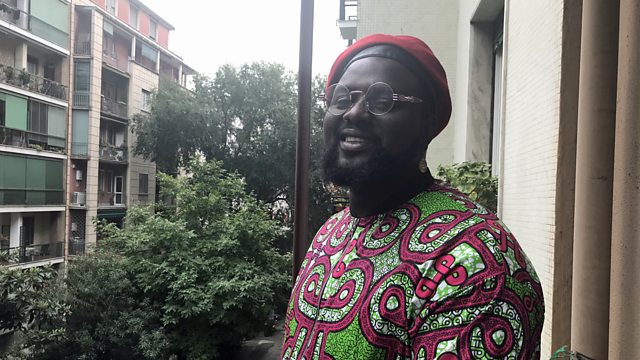 Being black in Italy

Dickens Olewe meets a new generation of black Italians fighting to claim their place in a society that’s still very white – among them the rapper Tommy Kuti, whose work explores his Afro-Italian identity, the writer Igiaba Scego, whose parents grew up in one of Italy’s African colonies, and Michelle Francine Ngonmo, one of the founders of Milan’s Afro-Fashion week. These young black activists are coming of age in the midst of the migrant crisis and the rise of the political right. Born and bred in Italy, they feel deeply Italian but are not always recognised as such.

Dickens also meets Italy’s first and only black senator, Tony Iwobi. Born and raised in Nigeria, Senator Iwobi moved to Italy as a young man and carved out a successful career in business. Now he’s immigration spokespersonfor the right-wing Lega party and wants to stop the illegal flow of migrants coming to Italy from Africa. We follow Iwobi in the Senate in Rome and finds out what it’s like to be black in a party that’s widely perceived as racist.

At a festival on the bank of the River Tiber, Dickens meets aspiring politician Paolo Diop from the Far-Right Brothers of Italy. Diop moved to Italy from Senegal as a baby and describes himself as “an Italian nationalist and an African nationalist” who wants to “make Africa great” by sending migrants home.