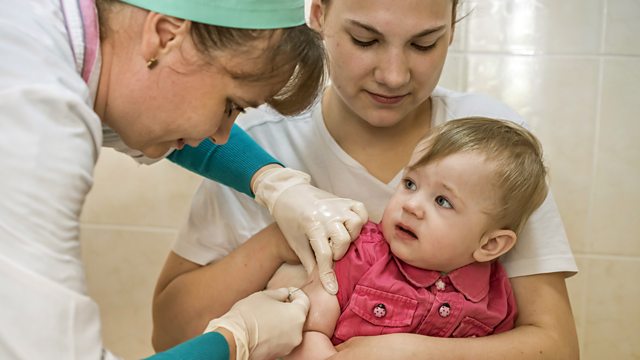 Dying from Mistrust in Ukraine

Why is Ukraine the worst-affected country in a global upsurge of measles – a potentially deadly, but easily-preventable disease?

Until recently, health authorities in developed countries appeared to be well on the way to wiping out measles – a highly contagious disease that’s one of the leading causes of vaccine-preventable deaths, particularly in children. But now measles is on the rise again, and Ukraine is worst-hit. More than 100,000 people have caught the disease since 2017, and 15 have died already this year.

Parents who could have protected their children often failed to do so – mainly because of a mass mistrust of vaccine, spread partly by doctors, including leading medical specialists. Tim Whewell travels to Ukraine to meet bereaved parents and worried health chiefs - and find out why vaccination rates fell so abruptly in just a few years. It’s a story of lack of confidence in the state, inadequate medical training, government complacency and political manipulation that’s had deadly consequences.