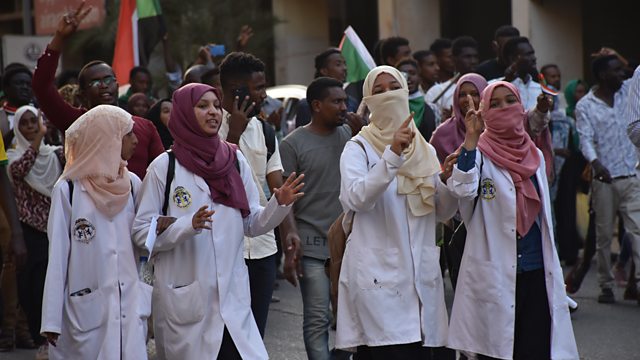 Sudan’s doctors on the frontline. Through the eyes of a murdered medic’s family, Mike Thomson looks at the role doctors have played in defying Sudan’s ruler, Omar al-Bashir.

When ongoing street protests finally pushed Sudan’s repressive president from power last month, it was the country’s doctors many thanked. Ever since Omar al-Bashir’s successful coup in 1989 they had defied him. Staging strikes, organising demonstrations, and campaigning for human rights, the country’s white-coated men and women opposed all he stood for. In the last few months alone scores of them were jailed, beaten, tortured and some deliberately gunned down. Through the eyes of a murdered medic’s family, Mike Thomson looks at the extraordinary role these unlikely revolutionaries have played in Sudan’s uprising.