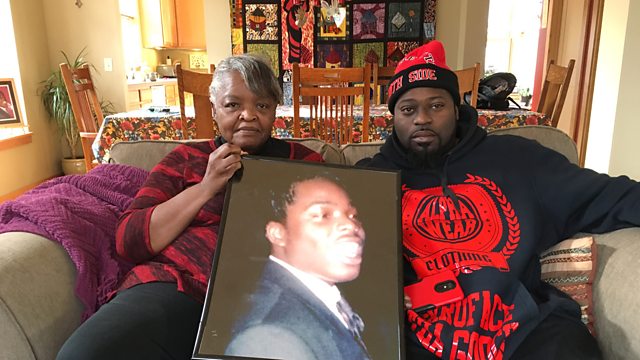 My son’s killer, next door

Heart and Soul The Right Thing
Episode 1 of 2

For years Mary Johnson couldn’t forgive her son’s killer. Now he is her ‘spiritual son'.

On 12 February 1993 Mary Johnson’s only son, 20-year-old Laramiun Byrd, was murdered. The perpetrator was 16-year-old Oshea Israel, who received a 25-year sentence for second degree murder. Many years later Mary visited Oshea in prison, and after his release in 2010 they lived as neighbours in the Northside community of Minneapolis – and developed a strong bond. Mary, driven by her Christian faith, now runs From Death to Life, an organisation she founded to promote healing and reconciliation between families of victims and those who have caused harm.

Mike Wooldridge hears from Mary, who says Oshea is her ‘spiritual son’, from Oshea who explains how transformative the initial meeting with Mary was, and from the mothers of murderers and victims of murder as they come together to share their pain.