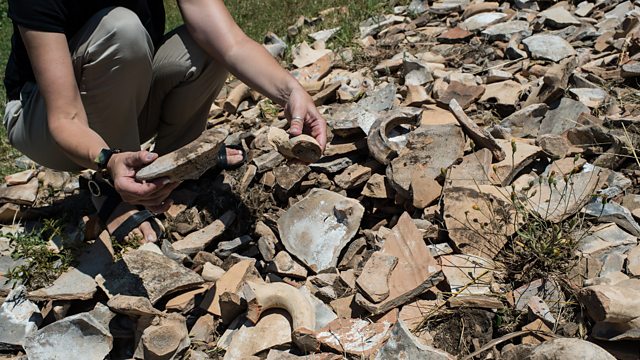 The History of Wastefulness: Rubbish Through the Ages

The Compass The History of Wastefulness
Episode 2 of 3

Alexandra Spring continues her exploration of how our relationship with rubbish has evolved through time at the foot of Monte Testaccio in Rome - a hill built of 53 million discarded olive oil amphorae, which were thrown away nearly 2000 years ago. She meets the architect Tom Rankin, who shares how this ‘dump’ is indicative of the Roman spirit to waste.

Moving through the decades, the historian Agnes Sandras takes Alexandra back to France in 1883, when Parisian Prefect Eugene Poubelle sparked public outcry by forcing citizens to buy a box in which they would place their waste. They discuss how this early form of a modern day ‘bin’, or ‘poubelle’ in French, shaped how people viewed litter.

Then, sharing her view on how our attitudes to waste have changed throughout the last century, professor of history Eiko Maruko Siniawer explains to Alexandra how a shift in ideology to embrace modern luxuries saw waste spiralling out of control at the end of the World War Two.