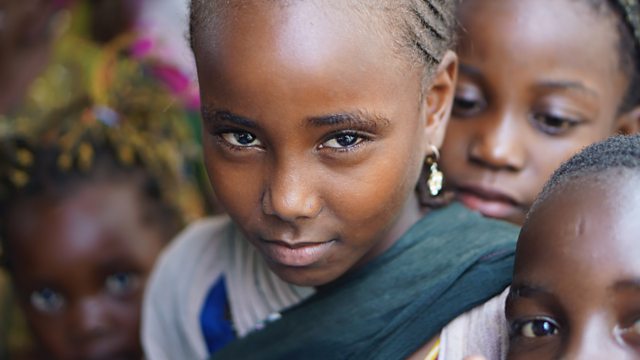 From the Ground Up

The Central African Republic and its struggle to develop after years of conflict.

The Central African Republic is one of the least developed countries on earth. Years of conflict have left hundreds of thousands of people displaced. Sexual violence is rife and extreme poverty is endemic. Yet despite this dire humanitarian situation, reporting from CAR is rare.

Anna Foster explores the challenges facing this nation from the inside, and hears from those trying to improve its fortunes. She also assesses whether the deep religious divisions will prove a lasting barrier to real peace. In the capital Bangui, the PK5 Muslim enclave is a scene of regular violence. Anna visits a maternity unit that transforms into a casualty centre at times of crisis, and hears what it is like to live in one of the most tense places in the country.

She discovers how people are struggling to live in the divided city of Kaga Bandoro. Beyond the capital there is almost no infrastructure, and the lack of electricity, running water, police officers and teachers makes improving the country for the next generation a tough task.

Russia and China are keeping a keen eye on CAR. They see potential in the chaos, not least because of the untapped mineral riches it holds. But how do the people of this struggling country view that interest?

From the rape survivors and former child soldiers to the very heart of government, Anna hears forgotten voices and sheds a new light on this most brutal of conflicts.