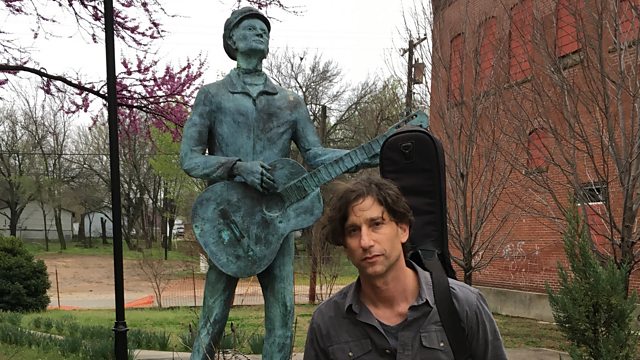 Stories from the travelling underbelly of America, collected on Greyhound buses.

Stories from the travelling underbelly of America, collected on Greyhound buses by traveler and musician Doug Levitt.

Singer-songwriter Doug Levitt hears the stories of America’s struggling people as they ride across the country on long-haul coaches – and turns their tales into songs.

For twelve years and 120,000 miles, he’s crossed the United States by Greyhound, guitar on his back, and notebook in his pocket. The people on the margins ride Greyhound, the only form of long distance travel they can afford. It makes for a singular community of people on the move, looking for work, dealing with family emergencies and taking leaps of faith in pursuit of transformation, redemption and healing.

He meets travellers like Kat, whose boyfriend is in jail and who is heading back home to see her daughter. There’s Jay, who’s taking his two-year-old son back to his former partner after a two-week visit under their joint custody arrangement. There’s the traveller known as the Sombrero Man, who’s become a full-time campaigner against many causes including gun control – and who tells us a story of a man who tried to help him. And Sam, who got addicted to painkillers after being hit by a car.

Doug composes songs based around his fellow passengers’ life stories, and pays a visit to the hometown of his inspiration, the songwriter Woody Guthrie, in Okemah, Oklahoma.