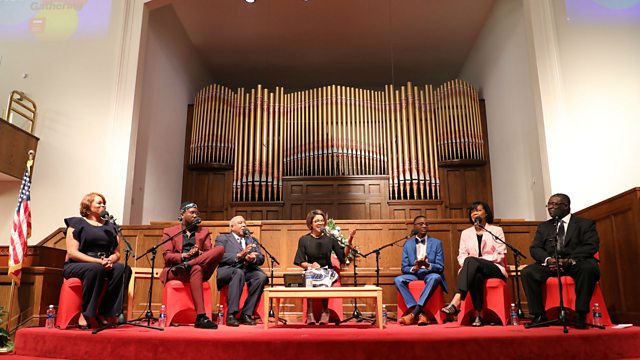 What role do black churches have in the fight for social justice today?

Fifty years after the death of Rev Dr Martin Luther King, and in the era of campaigns such as Black Lives Matter, how are black churches relevant in the fight for social justice today?

Sherri is joined by the next generation of activists and by those who were part of the original civil rights movement at 16th Street Baptist Church, an iconic city location which survived a 1963 bombing by members of the Ku Klux Klan and the murder of four young girls.
Taking part in the discussion is the Rev Dr Bernard Lafayette, a civil rights activist and authority on non-violent social change, who was with Dr King on the day he was assassinated; Tef Poe, rapper and activist; Rev Eva Melton, activist, minister, and community organiser; Rev Arthur Price, the pastor of 16th Street Baptist Church; Laveeda Morgan Battle, lawyer, and member of St Paul United Methodist church; student and young activist Justin Smith.