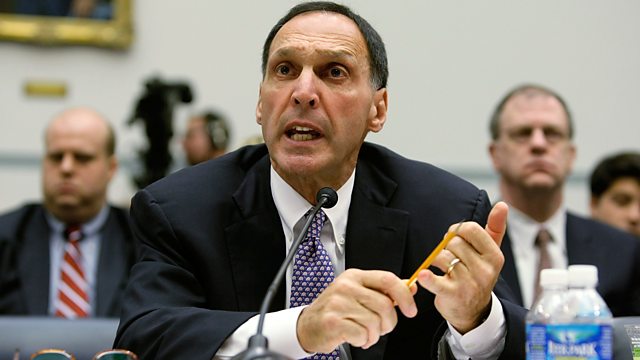 The Day that Lehman Died

Another chance to hear this award-winning 2009 drama, charting the weekend which led to the collapse, not just of a bank, but of the stability of the world's financial system.

A drama charting the collapse of one of the oldest and largest investment banks in the world, which sparked the beginnings of the global recession.

On 15 September 2008, Lehman Brothers filed for the largest bankruptcy in US history. It sent the already unstable markets into an uncontrollable tailspin. How did the 'big beasts' of Wall Street make this critical decision? They held in their hands the future, not just of a bank, but the stability of the global financial system.

Image: Richard Fuld Jr, chairman and CEO of Lehman Brothers, testifies during a hearing before the House Oversight and Government Reform Committee on October 6, 2008 in Washington, DC (Credit: Getty Images)