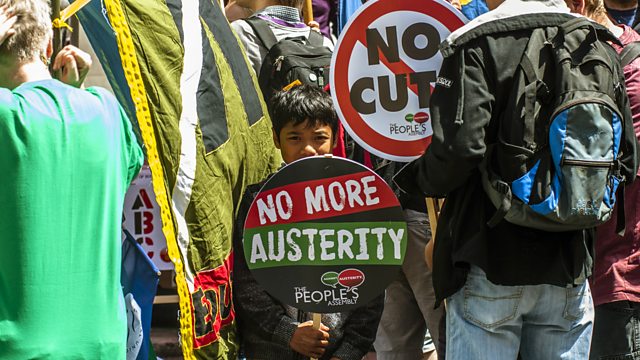 After the Crash: Austerity and Consequences

The Compass After the Crash
Episode 2 of 5

Did Governments’ handling of the 2008 financial crisis make things better or worse? Ian Goldin explores in the second episode of this five part series.

Did Governments’ handling of the 2008 financial crisis – when some chose to implement austerity and some didn’t - make things better or worse? Ian Goldin, professor of Globalisation and Development at Oxford University, visits Illinois in the US to find out how people were affected by the collapse in the housing market. He also talks to Christine Lagarde – the head of the International Monetary Fund – about how austerity measures were implemented in Europe. And Ngozi Okonjo-Iweala, the former Minister of Finance in Nigeria, talks about how the crisis was felt in Africa.