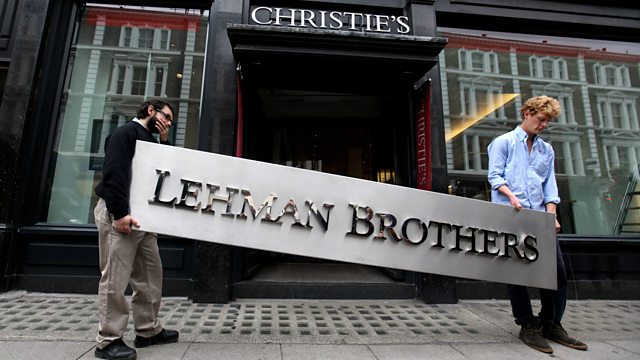 After the Crash: Authority and Trust

The Compass After the Crash
Episode 1 of 5

What were the origins of the 2008 financial crisis and how did it affect our trust in authorities and experts? Professor Ian Goldin finds out.

In 2008 the world financial system had a heart attack. Gripped by panic, banks stopped lending, cash ran out and the world came to the edge of a financial precipice. As millions of people lost their jobs and as the shock that started in Wall Street reverberated around the world, the crisis led to a collapse of the Greek, Spanish, Icelandic and other economies.

Professor Ian Goldin looks at the origins of the crash and he examines how it affected our trust in authorities and experts. He travels to New York to talk to some of the world’s leading academics including Joseph Stiglitz, Jeffrey Sachs and Adam Tooze and he hears from a former Lehman Brothers employee about the final days of the troubled business whose collapse led to the financial crisis.