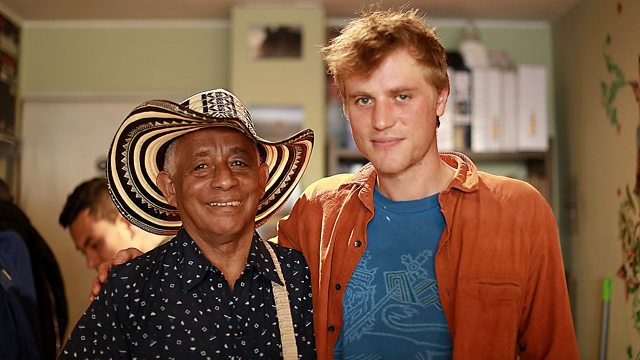 The Documentary The Sound Odyssey
Episode 2 of 4

Musician and actor Johnny Flynn heads to Bogota in Colombia for a musical collaboration with Carmelo Torres the Colombian accordion legend of Cumbia, to combine his British folk storytelling with the folk sounds of Colombia. The aim, to see if they can overcome language barriers and cultural differences to create a new track together in just two days.

Johnny is the lead singer and songwriter of the band Johnny Flynn and The Sussex Wit. He is also an acclaimed stage and screen actor. He grew up surrounded by old folk music and developed an interest and deep passion for the traditions of folk song collecting, and the migration of musical instruments especially in South American and Amazonian culture.

Carmelo Torres is the greatest representative of the San Jacinto accordion-style cumbia, a music legacy he inherited from the legendary accordionist Andres Landero, his teacher. Carmelo is now one of the last living legends of this Sabaneros style of accordian playing in Colombia which is sadly on the decline.