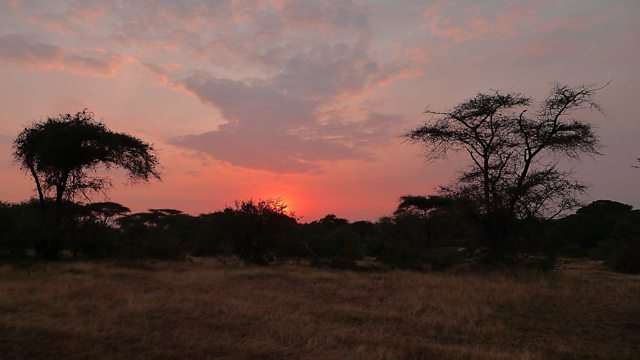 The sounds of the Maasai Mara

The Compass Living with Nature
Episode 1 of 4

A sonic journey through the plains of the Maasai Mara in Africa from its wildlife to the people and the elements.

From the moment “you wake up in the morning ...you become aware of sounds, the sounds of Africa“ says Saba Douglas Hamilton, a conservationist who was born and brought up in the Great Rift Valley.

In the first of four programmes, wildlife sound recordist Chris Watson guides us on a journey in sound across the Plains to hear the world as you’ve never heard it before and explores the relationship between the soundscape, the people and the wildlife. The great savannah wilderness of the Maasai Mara in Kenya is filled with sound even before the sun rises above the horizon. There are the sounds of the wildlife and the elements; the wind and the rain.

Sound is used by animals to communicate with one another, to attract a mate, and warn off predators. Being able to interpret this soundscape is as important to the animals who live here as the people.

From a very young age Saba has been aware of the changing soundscape around her. And as we discover, for both Saba and Jackson Looseyia, a local Maasai, being able to identify the individual sounds in this changing soundscape is crucial to their survival; for example, recognising the alarm calls of a bird when a predator is nearby.

And it is not only the sounds of the wildlife that fill these plains but also the elements - the wind and the rain. The rains “mean life” explains Saba as vast herds of wildebeest follow the rains on their annual cycle in search of food.

We also hear about the signature sound of Africa – the roar of a lion. But for Chris Watson, the most memorable sound was of elephants sleeping; a sound which you feel as well as hear!

The sounds of the Namib Desert—Living with Nature