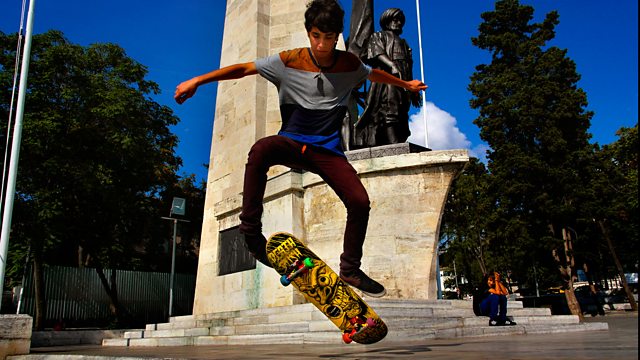 How a wooden board with four roller-skate wheels started a sub-culture across all communities around the world.

Sixty years ago, a man wandered into a surf shop on the beach in Southern California with a homemade wooden board with four roller-skate wheels attached. An insignificant beginning for a culture that would eventually influence communities all around the world. You might see the skateboard as just a toy, but in 60 years, the people who skate have created a culture that has had a profound influence across business, art, architecture, education and gender equality.

You’ll find skaters everywhere, from California to Kabul, Madagascar to Melbourne. Skating back alleys, under highways, in skateparks, in drained pools. In the 1970s, American teens became celebrity skate icons. While in Norway, anyone with a board was a criminal. Then, unexpectedly, in the 1980s, and 1990s, professional skaters carved out new territory with their own multi-million dollar businesses. Skating became profitable, and possibly respectable. And now, skateboarding is set for the Olympic park in Tokyo in 2020.