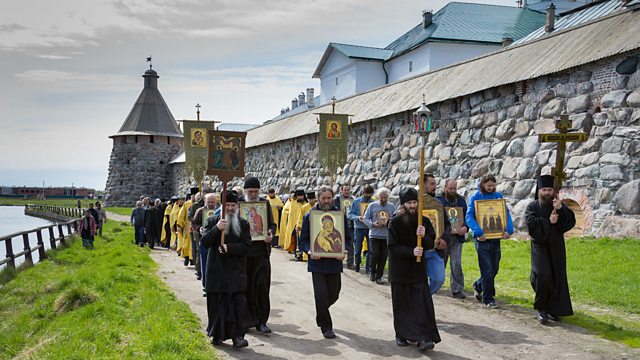 Stepping on Bones - Solovki and Russia's Past

How Russia’s once most sacred place struggles to restore its former glory.

Founded in the 15th century on a remote archipelago in the White Sea, Solovetsky monastery (or “Solovki”) was once one of Russia’s most religious sites. But in the 20th century Solovki gained notoriety as the “Mother of Gulags” – the first and most brutal of the concentration camps of the Soviet time, a stark embodiment of repression.

With the fall of the communism in the early 1990's, the monastery was re-established though and a small group of monks were allowed to settle.

Monks and historians have worked together to keep the dual-legacy of Solovki alive, but spiritual revival on the bones of the dead has proved complicated; the Russian Orthodox Church wants to make the entire archipelago the stronghold of belief it had once been, while historians and human rights activists say that traces of Gulag are being gradually and forcibly removed.

Natalia Golysheva, whose grandfather was a Gulag prisoner, explores Solovki’s legacy. She joins pilgrims on their journey to the far-off skits, hears from local residents and speaks to the granddaughter of perhaps the most famous Gulag survivor Dmitry Likhachov asking her what Solovki represents in modern day Russia.

Is it a place of religious worship or a memorial to its most painful past, and will reconciliation ever be possible?

God's Word at the World's Borders

Unearthing the Past in Srebrenica