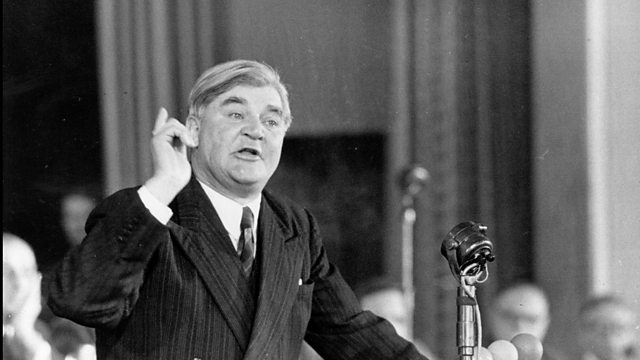 Nye Bevan: The Man Who Made the NHS

This year marks the 70th anniversary of the service which granted health care free at the point of delivery for every citizen in the United Kingdom. The first NHS hospital was opened by Anuerin Bevan near Manchester, England in July 1948. But despite years of planning, Doctors had largely been opposed to its birth and Bevan fought a tough battle in the last few months to make it happen.

Michael Sheen digs deep into Nye Bevan’s roots in Tredegar in South Wales to hear about Bevan’s humble beginnings and how life in a small Welsh town inspired his passionate determination to make universal free health care in Britain a reality.

Nye Bevan – who would famously clash with his arch rival, UK war leader Sir Winston Churchill – was a powerful public speaker. We hear him speak from the archives while some of his famous speeches in the British House of Commons, which were never recorded, are brought to life by an actor.

Helping Michael to understand Bevan as well as the huge impact the formation of the NHS had on life in Britain is 106 year old Dr William Frankland who remembers life before and after the health service began. Meanwhile there are contributions from others who also remember the early years either as patients or health care professionals.

Outsider's View of the NHS