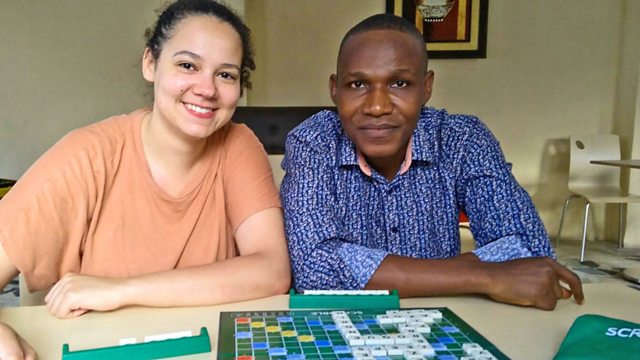 Africa’s first and only World Scrabble Champion tells his story.

In 2015 Wellington Jighere, a 34-year-old from Nigeria, became Africa’s ‘man of the moment’ when he won the World Scrabble Championship, the first ever African to do so. The youngest of twenty siblings from a rural village in Delta State, Wellington now has bold dreams of how the board game can transform other’s lives in the way it did his own - and even help to remedy the nation’s developmental problems.

He tells his story to presenter Danielle Manning as they go on a journey to discover how Scrabble became so popular in the country, and what the game might able to do for the next generation of young Nigerians.