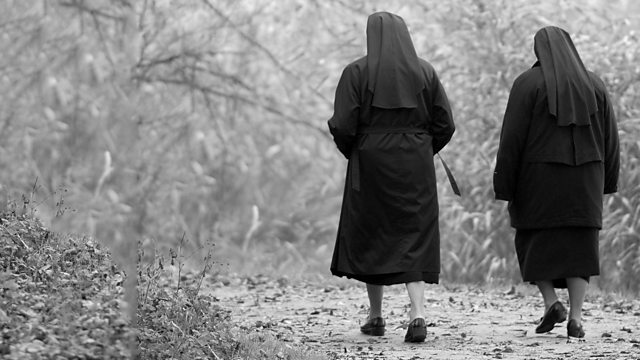 Marie-Louise Muir tells the story of The Nun Study; a ground-breaking study into Alzheimer’s.

Marie-Louise Muir tells the story of the Nun Study; a pioneering study, started in America in the 1980s, which brought a young epidemiologist together with a group of Catholic Sisters to examine the mysteries of ageing and Alzheimer’s.

In 1986 Dr David Snowdon approached the sisters at the convent of the School Sisters of Notre Dame in Minnesota. An order of Catholic sisters with their uniform life-styles were perfect for an examination of the ageing process. It was the beginning of a study which experts still consider to be one of the most innovative efforts to answer questions about who gets Alzheimer's disease and why.

A breakthrough came when the Snowdon team came across a filing cabinet full of diaries written by the sisters when they’d entered the order. The team worked out that those sisters who used more complex sentences and ideas were less likely to develop Alzheimer’s later on. As they died, the brain of each sister was analysed for further information and these samples are now stored at the University of Minnesota along with the brains of other sisters who have continued to participate in this extraordinary longitudinal study. We hear the voices of some of the original Snowdon team as well as neurologists working in the field of Alzheimer’s and some of the nuns themselves.