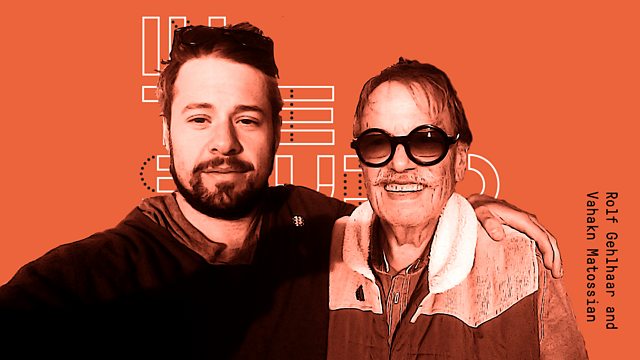 Zoe Cormier joins U.S. composer and inventor Rolf Gehlhaar and his son at rehearsals for a crucial concert which could provide new possibilities for visually impaired musicians.

How do you play in an orchestra if you are visually impaired? German born US composer and inventor, Rolf Gehlhaar works with his son, the artist and digital developer Vahakn Matossian-Gehlhaar, to create digital musical instruments and technologies for disabled people. Their latest project is a conductors’ baton that sends wireless signals to wearable vibration devices, enabling visually impaired musicians to feel signals from a conductor and to play with traditional orchestras.

Zoe Cormier joins Rolf and Vahakn at the rehearsals for a crucial concert that will establish whether their prototype baton works - if it does, their creation and all the research, computing, and designing they are putting into it could provide new possibilities for visually impaired musicians.

The concert at the St George’s concert hall in Bristol in the UK, brings together performers from the British Paraorchestra and an ensemble of visually impaired musicians from South Korea. The Korean ensemble stars the celebrated percussionist Kyungho Jeon who has long dreamed of playing in an orchestra - what will he and other visually impaired musicians think of the baton prototype? Also featuring interviews with conductor Charles Hazlewood.