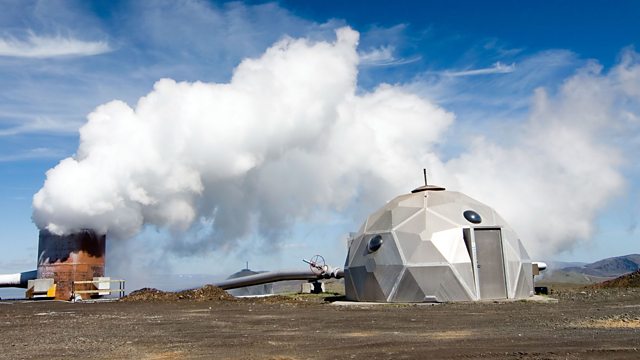 We’ve released huge amounts of CO2 into the air by burning fossil fuels, but are there ways to get it back out again? If so, could that slow down climate change?

Carbon dioxide levels are far higher than at any other point in human history, thanks to our reliance on burning fossil fuels. But having pumped huge amounts of CO2 into the air, are there ways to get it back out again? If so, where would we put it all? And the big question: can that help solve our climate change problem, or is it a distraction from the urgent task of reducing our emissions?

When CrowdScience delved into ancient carbon dioxide levels last year, it sparked a flurry of emails from our listeners asking these questions and more, so this week we investigate our options for restoring equilibrium to our atmosphere. Since the CO2 came from deep underground - in the form of coal, oil and gas - can we put it back there? We travel to Iceland where they’re capturing carbon dioxide directly from the air - and turning it into rock.

Are Screens Bad For My Child’s Eyes?

See all clips from Can Sucking CO2 Out of the Air Solve Climate Change? (2)