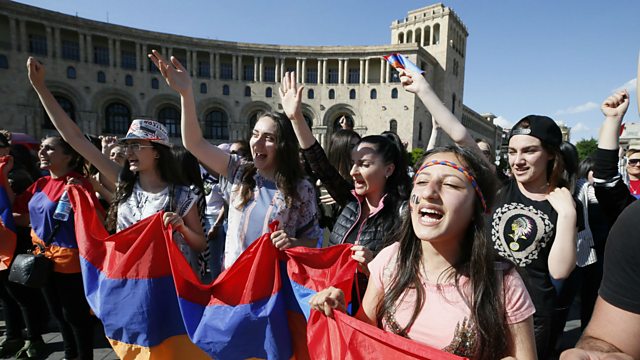 Armenian politicians and a live audience discuss the country's recent "velvet" revolution and the challenges that lie ahead.

World Questions visits Armenia at a crucial time in the country’s history. Following a popular and peaceful uprising last year, the country’s new Prime Minister, Nikol Pashinyan, won over 70% of the vote at recent elections. He says his political bloc will now lead an economic revolution that will help pull many of its people out of poverty. How will the new government deliver this transformation? Will it balance growth and investment with environmental concerns? And what will drive Armenia’s foreign policy goals?

The BBC’s Jonny Dymond is joined by a panel of leading Armenian politicians and thinkers in a debate, in English, led by questions from a lively, youthful audience at the American University in Yerevan.