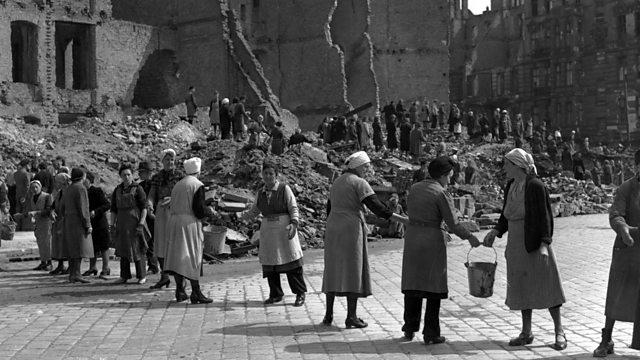 At the end of WW2 much of Germany's capital had been destroyed. A million Berliners were homeless. Women played a huge part in clearing the rubble to make the city habitable.

At the end of WW2 much of Germany's capital had been destroyed by bombing and artillery. Almost half of all houses and flats had been damaged and a million Berliners were homeless. Caroline Wyatt has been speaking to Helga Cent-Velden, one of the women tasked with helping clear the rubble to make the city habitable again.

Photo: Women in post-war Berlin pass pails of rubble to clear bombed areas in the Russian sector of the city. (Photo by Fred Ramage/Keystone/Getty Images)

The Coronation of Jean-Bédel Bokassa