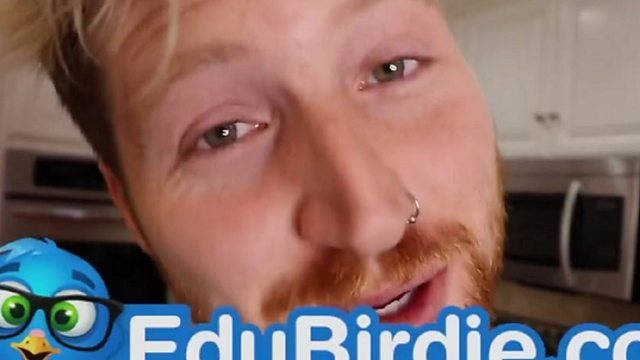 A BBC Trending investigation leads YouTube to delete thousands of videos after we found that social media stars continue to encourage cheating by promoting essay-writing services.

YouTube has deleted thousands of videos after a BBC Trending investigation. Seven months after we initially broke the story of essay-writing services advertised by top YouTubers, we found that the problem is bigger than ever, and academic cheating companies like EduBirdie have now moved on to other platforms like Snapchat, Facebook and Google.
After alerting the tech giants of our findings, YouTube and Facebook took direct action and removed some of the content promoting essay writing companies. They say they’re taking steps to discourage dishonest behaviour.
Using essay-writing services can lead to serious penalties for students – getting them expelled from university or school. And YouTubers who advertise such services risk having their videos taken down.
We hear from YouTuber Nick Sturgeon who regrets having advertised a well-known academic cheating company on his channel - and a student who was blackmailed when he paid to have his work written for him.