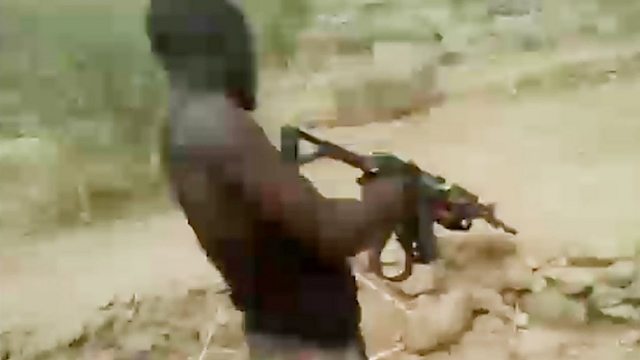 The Truth Behind a Viral Murder Video

The BBC investigative team Africa Eye used open-source techniques to find out who was responsible for a shocking crime.
In July 2018, a horrifying video began to circulate on social media. It shows two women and two young children being led away at gunpoint by a group of soldiers. The captives are blindfolded, forced to the ground and shot 22 times.

The government of Cameroon initially dismissed the video as “fake news.” But through open-source investigation – examining details such as buildings, shadows, and uniforms – BBC Africa Eye has been able to find out where the video was filmed, when it was filmed, and who was responsible. Their findings place the blame squarely on Cameroonian forces.

(Photo: A still from the video showing the murder of women and children by Cameroonian soldiers)