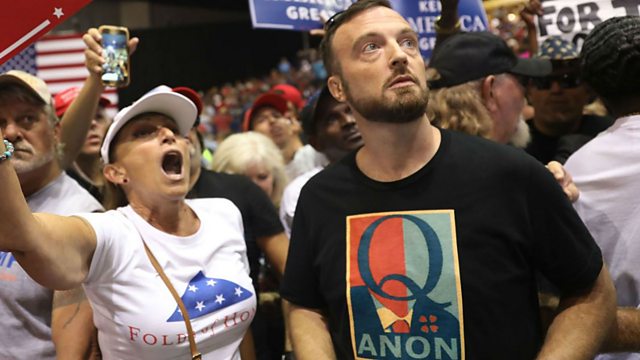 Back in October 2017, an anonymous figure posted a series of cryptic messages on an online message board. The user, who signed themselves "Q", claimed to have top security clearance within the US government. Despite there being no credible evidence for the claims, “Q” has sparked a vast, endlessly-complicated pro-Trump conspiracy theory. The far-fetched story has since jumped from fringe message boards to the floor of a President Trump rally. We look at the story behind the mysterious “Q”.