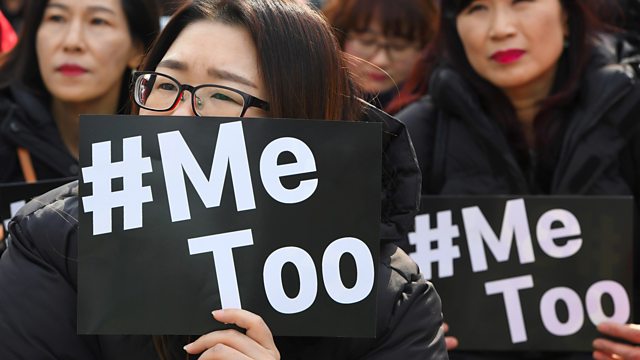 In this week’s programme we discuss the successes and failings so far of the #MeToo campaign and explore what might be next for the movement.

We look at what lies ahead for #MeToo, the hashtag which became a world movement in October 2017.

In the second of a two-part series, we have a panel discussion with Washington Post columnist Megan McArdle, author Kirsty Allison and gender justice specialist Natalie Collins. We hear from journalist and activist, Meghna Pant who describes an incident known as “eve teasing”, a common term used in some South Asian countries to encompass a wide variety of sexual street harassment.

We also explore place of men in the #MeToo debate after American actor Terry Crews appeared before the Senate Judiciary Committee, telling them that he was sexually assaulted by a “successful Hollywood agent”. Is there space for men in the movement?