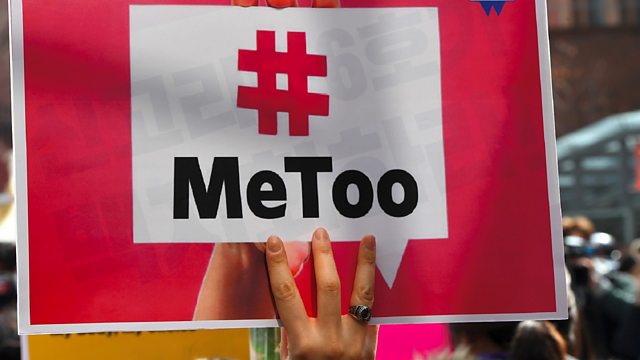 #MeToo became a worldwide rallying cry and changed the conversation around sexual assault - but what’s next for the movement?

What’s the future of #MeToo? In October 2017, the hashtag became a worldwide movement in the wake of allegations against Hollywood producer Harvey Weinstein – who denies the charges against him. But what began as a fightback against sexual harassment and assault has now become a broader movement. And the hashtag and the campaign have been translated into dozens of languages and cultures around the world.

In the first of a two-part series, we host a panel discussion with writer Kirsty Allison, gender justice expert Natalie Collins and Washington Post columnist Megan McCardle – with contributions from Nigerian lawyer Ayesha Osori and a Russian woman who was the victim of sexual assault. Has #MeToo created a deeper solidarity between women - or are some excluded from the conversation? What concrete changes have happened – and what’s on the horizon?