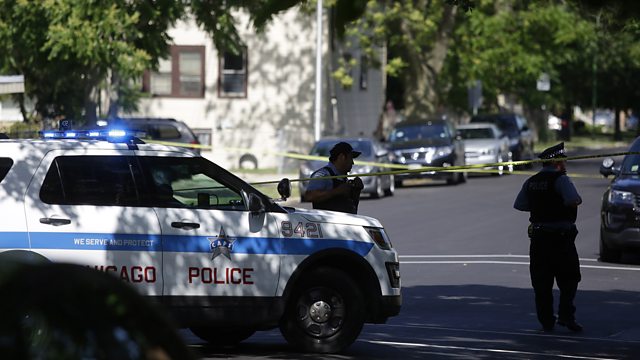 Can Computers Predict Crimes That Haven’t Happened Yet?

Around the world computers are being used to predict when, where and by whom crimes will be committed. But how effective are the algorithms and what kind of dangers do they pose?

Chicago resident Robert McDaniel was surprised when a police commander showed up at his home to warn him that they were watching him. With only a misdemeanour conviction and arrests for a number of suspected minor offenses, he had somehow made it onto the Chicago Police Department’s so called ‘heat list’ - a list of names created by algorithm of those deemed to be most at risk of either being a victim or perpetrator of violent crime.

In this Inquiry we look at whether computers can predict future of when, where and by whom crimes will be committed. Can analysing ‘big data’ help target scarce resources in more intelligent ways? Or are the algorithms exacerbating the already heightened tensions between police and the public? How effective are some of the ‘predictive policing’ systems already in use? The inner workings of many of these programmes are protected by private copyright laws too so how can you challenge the decision made by a secret algorithm?

(Photo:Chicago Police officers standing next to a police car and a taped off crime scene. Credit: Joshua Lott/AFP/Getty Images)

Is Raqqa Recovering After Islamic State?