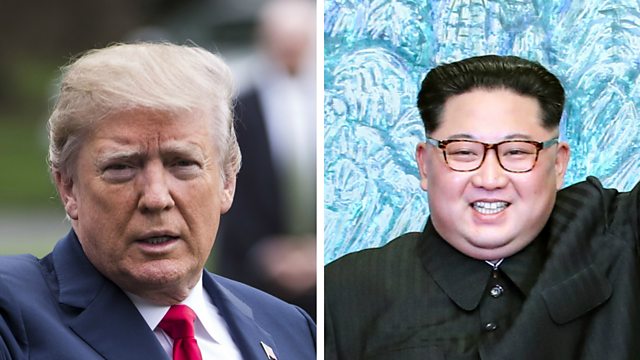 Trump and Kim: Can They Close the Deal?

Top tips from peacemakers who have brokered some of the world’s most unlikely pacts. With Helena Merriman.

Not long ago, they were calling each other names and raising fears of a nuclear war. Now, it is feasible they could together win the Nobel Peace Prize - if they can reach a deal. The mooted meeting between America’s Donald Trump and North Korea’s Kim Jong Un could go wrong in many ways. Mr Trump has already talked of walking out. But in a spirit of optimism, this week’s Inquiry hears from those who have brokered some of the world’s most unlikely pacts for advice on how to strike the deal of a lifetime. With Helena Merriman.

What’s the Real Difference Between the Sexes?

What Makes a Revolution Successful?