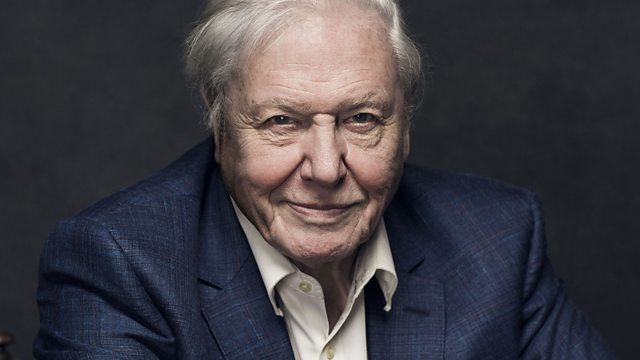 Broadcaster and naturalist Sir David Attenborough discusses the art of story-telling and his sixty years exploring and describing the natural world.

Sir David Attenborough's wildlife programmes reach hundreds of millions of viewers around the world. Series such as Blue Planet and Life on Earth captivate and enthral, illuminating the wonders of the natural world. He's been travelling the globe for over sixty years now, recording and describing life on earth in all its variety.

Sir David is a naturalist, a broadcaster and a brilliant story-teller and in this special edition of The Arts Hour, Nikki Bedi explores and dissects Sir David's story-telling craft. Together they discuss how stories are constructed, edited and told, as Sir David looks back at his career, from his earliest adventures making field recordings of music in West Africa and Indonesia to the dramatic scenes captured for his latest blockbuster series, Dynasties.

From turtle-calling in Fiji to the life and death struggles of marine iguana hatchlings, the mating rituals of Birds of Paradise and the highly political lives of chimpanzees, Sir David tells the stories that bring the natural world into our lives.

My Field Recordings From Across The Planet

Sir David Attenborough's new album, My Field Records From Across the Planet is available on Wrasse Records