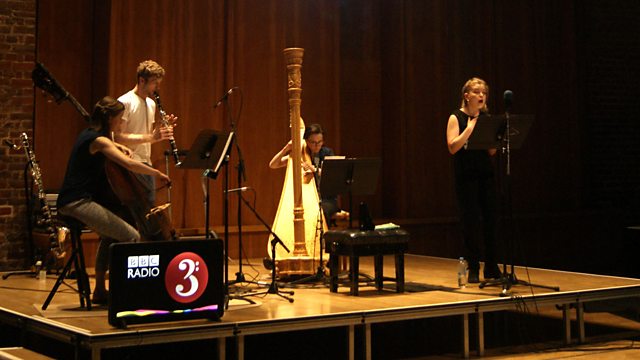 On The Arts Hour Backstage, Nikki Bedi enjoys behind the scenes access at LSO St. Luke’s the home of experimental contemporary music during a rehearsal of the BBC Radio 3 Open Ear concert.
For this edition of this occasional series in which she meets young musicians at the forefront of pioneering music Nikki talks to Séverine Ballon, the French cellist who likes to create new innovative sounds with her instrument.
Australian Joseph Havlat explains why he plays a toy piano alongside a multi-thousand pound, traditional grand,
The four piece Hermes Experiment talk about Joel Rust’s piece Pack of Orders which is based on the work of early 20th century Russian poet Aleksei Gastev and which incorporates water, a hairclip, a metronome and a pair of milk frothers alongside the sounds of the more conventional double bass, clarinet, harp and soprano
And Anton Lukoszevieze director of the now, 20-year-old initiative Apartment House talks about Lituanian born Julius Aglinska’s extraordinarily beautiful String Quartet.

On Tour in Montreal