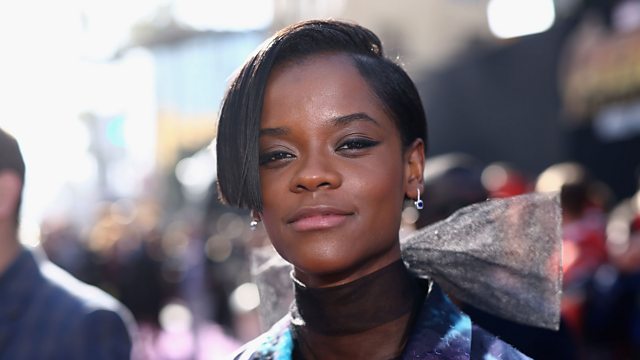 Fraternal film directors Anthony and Joseph Russo talk about the secrecy surrounding their latest Marvel blockbuster, Avengers: Infinity War and actress Letitia Wright, who plays Shuri in the film, explains that she shot her scenes with no idea about the rest of the plot.

Crime writer John Harvey explains his decision to retire one of his longest standing characters from his novels, there’s music from Botswanan trio Women of Jazz and Nikki’s studio guests, Azareen Van der Vliet Oloomi, talks about how her own experiences of exile inspired her new novel Call Me Zebra.

The Art of a Royal Wedding